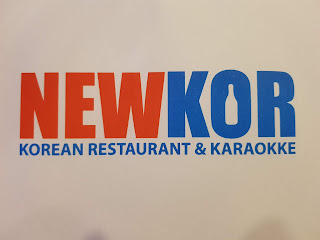 A great night! Not without trepidation of course however I cut my karaoke teeth at The Family Bar on K' Rd. (motto: The House Wine is Jagermeister) so I was feeling positive...  that, and some sage advice from GranMaster Jake along the lines of if you can't sing then at least be sincere!. During my first encounter with a tape deck (last century) I discovered that what I thought I sounded like and what I actually sounded like were two very different things... I suspect it's the same with most people however I never really recovered from the shock and consequently I think I sound like a loon when trying to string a song together. So the sincerity approach it was then... My singing might have been crap, but at least I meant it!!

I was impressed with the breadth of songs and genres... and pleased that we were tending to steer to the 'alt' side of rock. There wasn't a track in there that I thought 'maybe not' and some that I certainly didn't have the courage to attempt... Who would have thought that the words King Crimson and karaoke could appear in a sentence together without making a story up. The only thing off the menu, in deference to Jake again for his sage advice, was number 4476... an unconventional parable of sorts made famous by an obscure movie called Wayne's World.

Oh, and the Beef Stew was pretty good :-)

Once over the initial hurdle of self conscious doubt, the brakes were well and truly taken off - careening over cliffs of musical respectability with complete self abandon whilst creating aural carnage en route. Not even my very limited ability inhibited enthusiasm. The single song threshold was breached and it was all down hill from there on in:

I love metal but I realised, halfway through Pantera's This Love, that I couldn't replicate Phil's muscular growl; I couldn't even muster sounding slightly gruff - it was pretty pathetic! I moved on to some Ole Blue Eyes, keeping to a safer, sultry half an octave. It felt like I nailed Santana's She's Not There, which was a dangerous state of mind as it lead to complete overconfidence and me deciding to butcher Jamiroquai's Virtual Insanity. What the bloody hell was I thinking!?

Everyone had at least one decent song in them; Christel was probably the surprise package, making some meticulous style choices; Yet, Jake's ambition and confidence knew no bounds - adding shimmies,  gratuitous gyrations and mesmerising fleet footed funky struts. The full package.

I came to karaoke in my early 30s in Pittsburgh, where a few spots around the Italian-American neighbourhood Bloomfield would host regular nights. Thursdays were The Pleasure Bar, Fridays Del’s, and Saturdays Nicos – each night was run by the same guy with a laptop and access to 10s of thousands of mp3s. There was no hiding in private rooms in these places – you were out there, in the bar, in front of strangers who would happily provide you with instant and unfiltered feedback on your performance. My go-to was Take Me to the River, which despite my limited musical talent tended to be popular with the crowd. At least that’s how it felt in my American craft beer-tinged perception.

The Wellington approach to karaoke, where groups of friends cloister themselves in backrooms of Korean restaurants and pour over vast folders listing a surprising and surprisingly limited assortment of songs, is not my preferred style. Mainly because none of the bars seem to have Take Me to the River in any of those folders. Still, as my friend Devan is known to say, with karaoke you don’t have to be good, but you do have to be sincere. And so it is that Prince’s Kiss has become my new karaoke number. I don’t have any of Prince’s vocal range, style, or ability, and the timing of the lyric cues on the video at Newkor is wrong so I always fuck it up at the end, but it’s fun to try on a hyper-sexual persona for 4 minutes once in a while. My only other strong memory from that night was duetting with myself on Huey Lewis and Gwyneth Paltrow’s Cruisin’, which, forgive me Devan, was not sincere, but did involve the logistical problem of switching between microphones for each part.
Posted by Christian at 10:52 PM